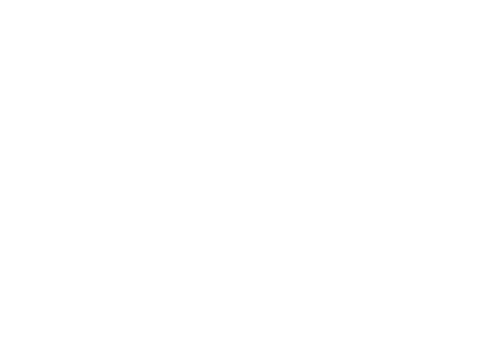 Lets be honest: Social media is getting more complex and less fun.

Privacy policy updates, algorithms controlling what appears in our feeds, pages upon pages of settings and options — these aren’t things that make for good times.

And it’s not like nobody’s out there trying to come up with something interesting and new in terms of social media platforms. The words “social media startup” bring about an image not unlike one of those clown cars from which an endless parade of garish and absurd Internet business models (how did they all fit in there?) continues to emerge. They enter the spotlight for a few moments, then disappear into the sad, sawdusty darkness outside the circus ring.

But every once in a long, long while, a social media startup comes along that’s, well, interesting and new. 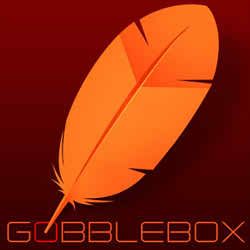 “GobbleBox is a NEW, location-based social messaging platform. Everybody following that location will see your message. No need to have followers!”

No need to have followers? Honestly, Gobblebox, you had me at location-based. But now I’m doubly intrigued …

If you’ve been following the Blink;Tech blog, you know that we get excited about any web service that gives us the power to target geographic areas. For the majority of businesses, this is a critical asset. For individuals, it definitely gives a lot more meaning to what’s on the computer screen. Knowing what is going on around you helps get you out of the house by introducing you to people, places, and events that you may not have otherwise known about. You could even end up at one of those aforementioned businesses.

What’s so exciting about Gobblebox is that you don’t follow people, you follow locations. And those locations can be as small as the average suburban yard to an area covering a half dozen states. Not only can you send a 200-character message or photo to a specific location, but you can see every message and photo sent to that location and engage with other users (Gobblers) who are also messaging there. 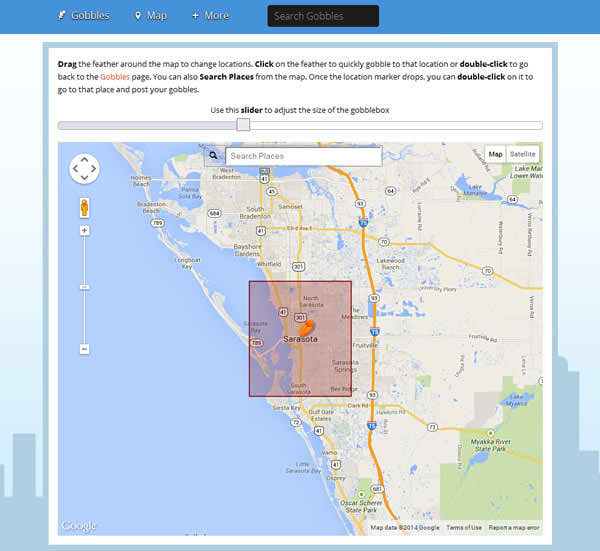 Lets take this for a test spin in some real world scenarios:

Imagine you are trying to find parking near a large stadium for a concert or sporting event. You could create a Gobblebox around the stadium and send a message asking for advice on where to park. No worries about figuring out what hashtag to use or having to sort through irrelevant posts. All the messages regarding that show would be neatly contained in that location.

Or maybe you’re traveling in a new city and looking for something fun to do that only locals would know about. Twitter can be good for this, but it sometimes requires quite a bit of searching and clever use of hashtags to engage with others to get the information you need. With Gobblebox, you need only select the area and send your message. And you might just meet some fun locals to hang out with.

If you are a business owner, you could announce a special and either target your surrounding area or offer it to followers of another location — perhaps the attendees of that rock concert or ballgame at the nearby stadium. You’re not targeting people who live in a certain area; you are targeting people who are interested in a certain area. For bands on tour, this could be huge. Not only could they target the destination city, but also the club they are about to play.

There’s really not much more to Gobblebox, which is extremely refreshing. Before you go racing off to set up an account and start “gobbling,” however, it is important to remember that this is a brand new platform, so there aren’t many users as of yet. Most of the users seem to be based around Washington, D.C. (where Gobblebox is headquartered). So, yes, you might be the first in your town to be on Gobblebox, but it’s never a bad thing to be an early adopter. And you can always “gobble” with people in other locations.

As far as usability, the desktop map interface (which runs on Google Maps) is clunky and hard to work with and there are only a few sizes of “gobbleboxes” you can select. Again, you have to keep in mind that this is a brand-new platform and there will undoubtedly be many improvements as it evolves. On mobile, the app seems much more intuitive and easy-to-use, which is extremely important since this is a location-based service to begin with. Because it is such a simple platform, you can be up and gobbling in a matter of minutes. There really isn’t much to learn or set up.

So, there you have it: an interesting and new social media platform that’s keeping it simple and fun. Nice work, Gobblebox.